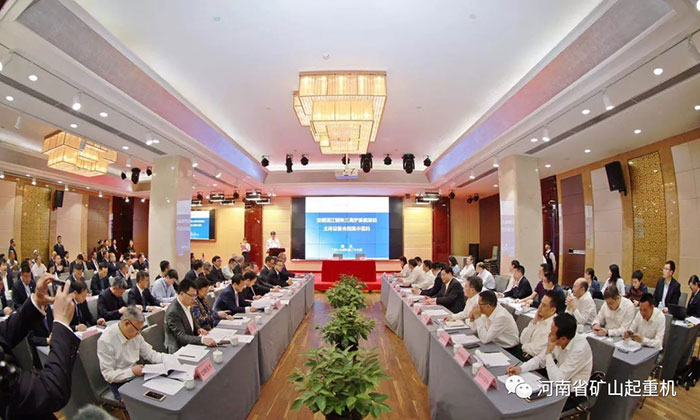 Nearly 70 representatives of Liu Dede, general manager of Baosteel and 16 Chinese and foreign suppliers, including SMS Group, China First Heavy Machinery Co., Ltd. and Henan Mine Crane Co., Ltd., participated in the signing activities. Wei Xueming, the chairman, and other leaders of Henan Mine attended the signing ceremony. The event was hosted by Zhang Kenan, deputy director of Baosteel. 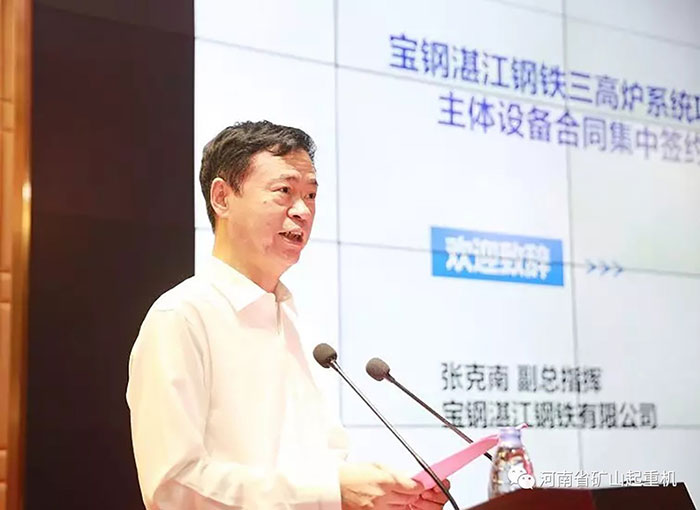 It is understood that Baosteel's three blast furnace system project has a total investment of 18.85 billion yuan. After completion, it will reach a capacity of 12.25 million tons of molten iron, 12.528 million tons of molten steel and 10.81 million tons of steel. The latest requirements of Baosteel Zhanjiang “Smart Manufacturing, Green Steel Plant” have given the construction and operation concept of “Simple, Efficient, Low Cost and High Quality” of the Three Blast Furnace System Project. And the new standard of ultra-low emission in the whole process, which also puts forward high requirements for the energy-saving and efficient operation of lifting equipment. 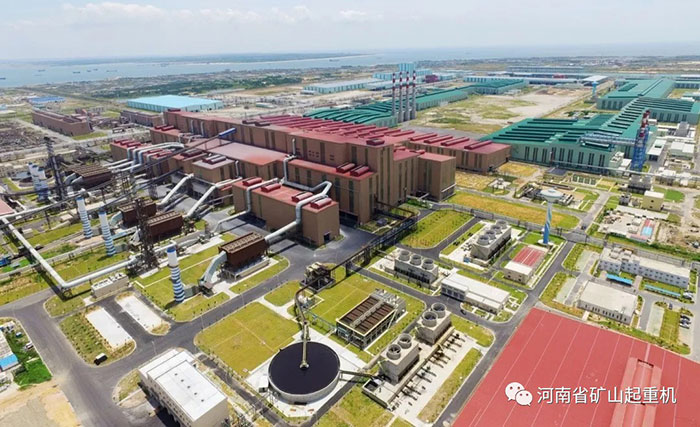 Since 2014, Henan Mine has manufactured 71 sets of lifting equipment for 2030 project and 1550 project of Baosteel Steel Cold Rolling. Among them, all the 15 sets cranes are adopted unattended new technology in the post-rolling and finished product storage areas, and realized the three-dimensional positioning of the crane, and automatically finding, loading, unloading and other control functions. It is an important part of Baosteel WMS (Warehouse Management System).
After various technical performances reached the international advanced level, Henan Mine carried out “tailor-made” optimization design on the operating parameters of the three blast furnaces, and once again cooperated with Baosteel Zhanjiang to sign 9 sets double-girder bridge cranes for the three cold rolling projects. This marks the high-quality development of cranes Henan Mine, and has taken a step toward high-end and intelligentization in the process of localization of large-scale equipment. 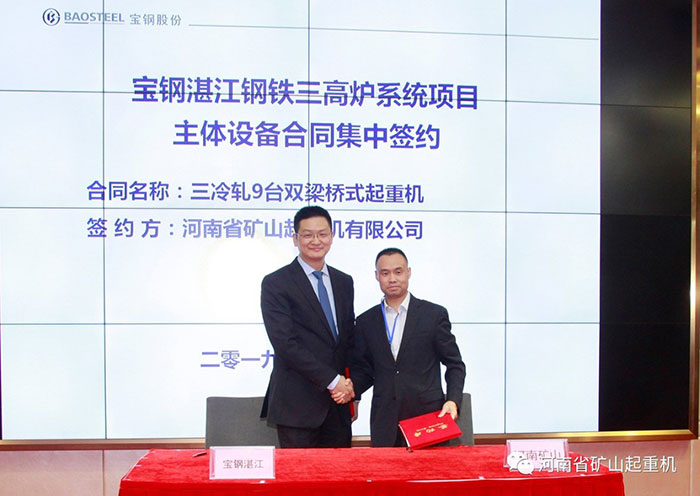 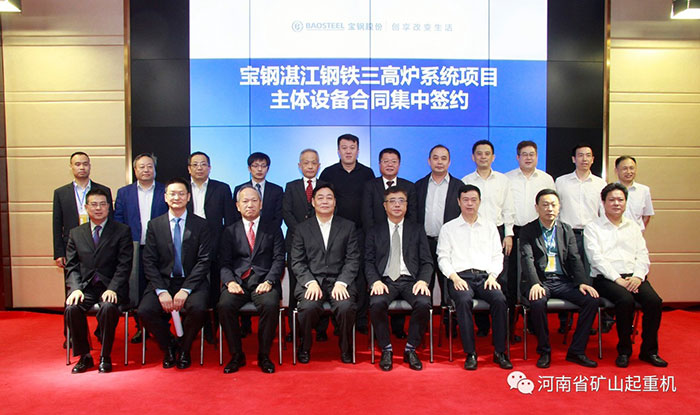