Henan Mine 丨Stride Forward into “New Era of Automation Robots”

2018-05-19
After several months of selection, adjusting and test, the single girder overhead crane end beam welding robot production line has been put into production. The quantities of automatic robots in Henan Mine gains rapidly, which have spread different position in workshop and acted more important role in production work. They are future “production power” of Henan Mine.
Before introducing the robot production line, let’s review the end beam workshop transmission history. 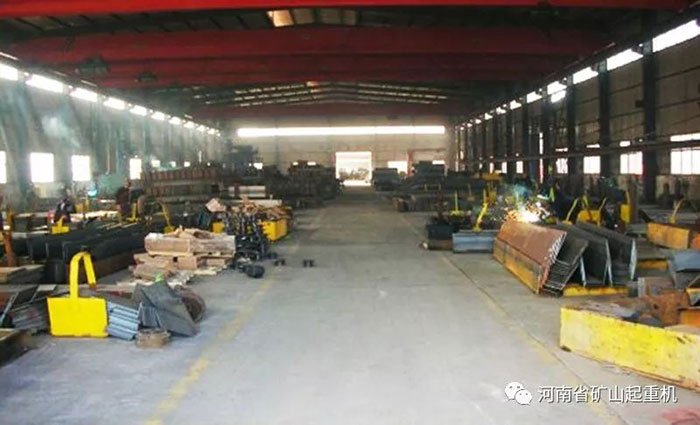 End beam workshop after rebuilt the production line (2012-2018)
Then, what the end workshop looks like after the Intelligent transformation 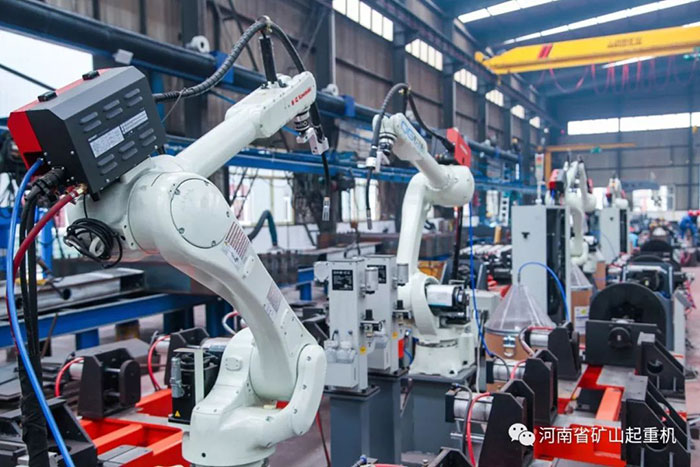 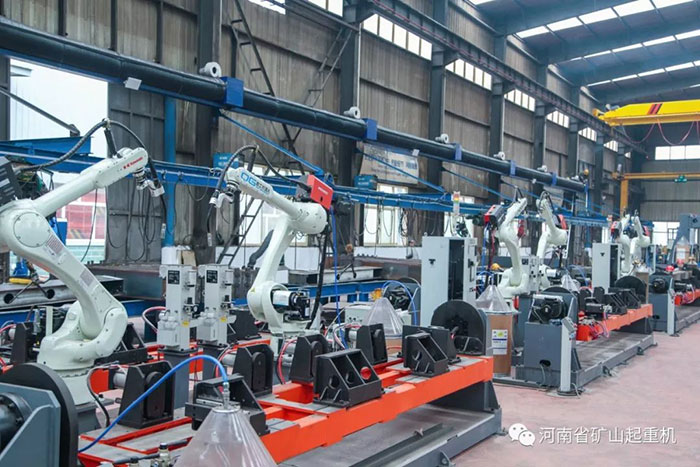 Now, “China made 2025”, “Internet +”, “Industry 4.0” is still on the way and the opportunity of industrial transformation is coming. The market is being more open, more freedom and multivariate.
In recent years, Henan Mine has made a different way which is different with the other factories by introduction, digestion, absorption, innovation in the area of numerical control, flexible and intelligent.
We believe in the production line with high efficiency, low energy consumption, environmental protection intelligent and automatic production line. The transformation and upgrading is the only right way to realize automatic production for part of production line by “robots change human”.
The intelligent production of Henan Mine has entered a period of growth and boom. Henan Mine is striding forward into the “New Era of Automation Robot”.
We are willing to be the brave warriors who will promote the large-scale application of industry robot. Henan Mine is exploring the way of crane intelligent production, so as to promote transformation and upgrading for the whole crane industrial.

Next:Henan Mine | Aiding the Poor, We Are Always On the Way